It’s no secret that regular exercise can benefit the health of your brain as well as the rest of your body, but until recently, researchers have focused primarily on studying the cognitive benefits of exercise in people 55 and older. According to a study just published in the journal Neurology, however, aerobic exercises like running, swimming and cycling can have an extremely positive impact on the brain health of younger people, too. 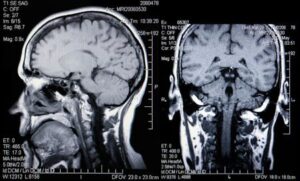 “It’s not just older people who benefit,” says study author and Columbia University professor of neuropsychology Dr. Yaakov Stern. “It’s people as young as age 20 who are benefiting. The evidence is there.”

In this study, Dr. Stern and his team worked with a group of 132 individuals between the ages of 20 and 67 who reported that they did not exercise regularly, if it all.

After 24 weeks, the researchers performed cognitive tests on both groups and found that individuals in the aerobic exercise group scored far better on tests that measured executive function than their counterparts in the other group. Executive function is something of an umbrella term that refers to a person’s ability to solve problems, shift attention between multiple tasks and adapt to new changes and cognitive demands.

Although people over the age of 60 displayed the most significant improvements, individuals of all ages exhibited gains in executive function after engaging in regular aerobic exercise. Furthermore, MRI brain scans revealed that cerebral cortex thickness increased with regular exercise as well.

Next time you hop on your bike, you can feel good knowing that you’re doing more than just exercising your muscles; you’re giving your brain a healthy workout as well.